Specialists in retail and fashion recruitment.

How fluctuating exchange rates are affecting the buyer’s job 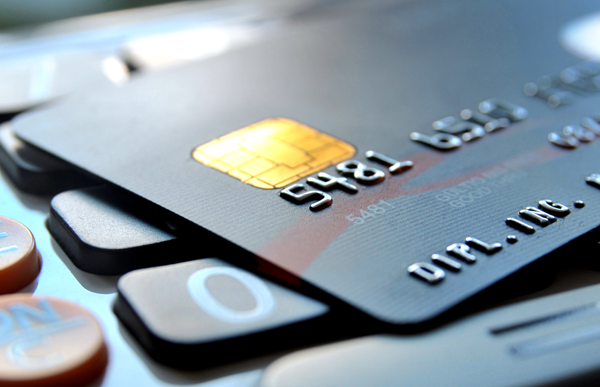 To say that Brexit has caused economic uncertainty would be an understatement and consequently, the pound has been falling against the euro and dollar since June 2016. As of September 2017, the pound trades at around €1.10 (down from €1.31 at the time of the EU referendum) and $1.28 (down from almost $1.50). The decline in the pound is one issue in itself but the market uncertainty is likely to make the buyer’s job all the more difficult.
Article 50 was triggered in March this year and has done little to alleviate this uncertainty, therefore the pound is likely to remain under pressure. It was widely predicted that while the triggering of Article 50 was unlikely to have quite such a dramatic effect on the pound as the Brexit vote, it would ensure that sterling remained in a state of flux. This has certainly been the case.
While the pound remains low, the price of imported goods and services will be high and buyers will have to adapt. It was well-documented last year that the cost of importing many everyday household goods was leading to shortages; the most notable case being marmite stock running low due to a dispute between Tesco and their major supplier Unilever over costs following the Brexit vote. For many buyers, it is too late to hedge against the weak pound; where possible buyers may consider switching sourcing to the UK.
Many procurement professionals anticipate that leaving the EU will result in a reduction in regulations and that this will enable suppliers to produce goods and services at a lower cost which will be passed on to customers in lower prices. This may be the case for some goods and services but it will take time before buyers see the effects. The triggering of Article 50 has marked the start of a long, drawn-out negotiation process, and buyers will see little change in the short and medium-term. Category managers and procurement officers that are still grappling with questions surrounding its impact on sourcing, pricing and supplier relationships need to make sure they’re on top of things for the changes ahead.
Europe will remain the UK’s largest trading partner in the short to mid-term, even when the UK leaves the EU. However, procurement trends may change in the long run, and UK-based companies may begin procuring certain commodities from other low-cost destinations. It’s critical for procurement officers to account for the inevitable regulatory and foreign exchange changes, planning ahead with alternate strategies for purchasing in and out of the UK. Category managers are facing a lot of uncertainties related to Brexit. The pound value drastically dropped, falling from $1.48 in May 2016 to below $1.25 in Dec 2016 - putting automotive parts, electrical equipment manufacturers, pharmaceutical businesses, as well as importers in a dilemma about whether or not to continue with current contacts/vendors, or perhaps begin engaging new opportunities.
The weak pound is also driving higher inflation: in June 2016 the retail price index (RPI) was 1.6%, in February 2017 it had risen to 3.2%. Many suppliers will see this as an opportunity to raise prices, although only those whose products are affected by the value of the pound will have reasonable justification. As currency fluctuations cause the cost of many imports to rise, companies may need to continuously monitor commodity prices in order to re-examine and renegotiate their contracts. Procurement managers are also expected to manage legal and regulatory exposure along with controlling expenses, while also providing valuable intelligence about future trends to key stakeholders.
Brexit is already having an impact on procurement through the weak pound, and the triggering of Article 50 will have an impact that will be felt in different ways across the economy. Firstly, the price of certain locally made goods and services will reduce in the long-term as regulation is loosened and the industrial policy encourages growth of local suppliers. Furthermore, the public sector will benefit from a more commercial approach.
On the other hand, the price of certain goods and services from the EU will rise as the UK government imposes import tariffs and global suppliers take advantage of their dominant position. Both private and public sector organisations will delay or cancel investments whilst uncertainty about Brexit remains. However, the weak pound has not spelt issues for all retailers, with many SMEs reporting a roaring trade in exports thanks to the dip in the pound.
With uncertainty firmly rooted into the market and Brexit negotiations set to run for at least two years, the job of the buyer is likely to remain one of fine margins and high scrutiny. On top of core procurement skills, the buyer will be expected to be highly adaptable and will have a key voice in reassuring senior stakeholders who will be acutely aware of the impact fluctuating exchange rates can have on the business.
For a discussion on the evolving role of the buyer or on recruitment opportunities in the sector, contact Ben Hands, Manager and buying specialist at Michael Page Retail.
T: +44121 634 6929
E: [email protected]