In the second half of the year many logistics operations normally experience a significant increase in pressure due to resources, particularly those operating in the retail, e-commerce, parcels, food and drink sectors. Given the additional demand for staff, many companies now plan for peak well in advance. 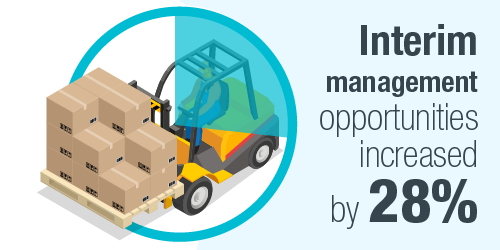 From speaking to key people in the industry, whether general managers or company HR managers, we found that there were some broadly held beliefs that certain trends would be prevalent during peak.
Their expectation was that the time to hire would decrease due to the time pressure on hiring managers, leading to more decisive decision making. The other outcome they expected to see was the list of essential requirements for candidates to possess, decrease as hiring managers looked to bring managers in quickly to support a very busy operation. 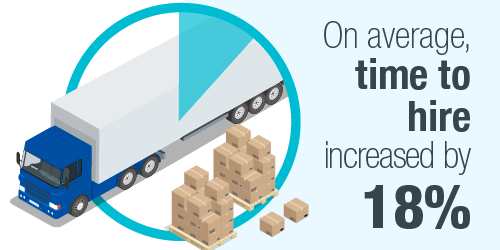 We may believe that they are sensible expectations, however when we reviewed last years’ peak period, compared with the previous six months, the statistics did not support these expected trends. For example: on average, time to hire increased by 18% compared to the first half of the year and with many hiring managers facing greater demands on their time, commitment to interview candidates became difficult. It can lead to candidates securing offers elsewhere or losing interest in the vacancy. The availability of candidates to interview is also compromised during this period as they find it difficult to take time off from their operation, and many companies decided to abandon the permanent processes altogether. We saw permanent job cancellations rise by 13% over the second half of the year, often with businesses taking the interim management option due to getting into a distressed hiring position.
During the second half of the year, we also saw increased levels of buy-back as companies looked to try and retain key members of staff over their busiest trading period. Successful permanent offers were reduced by 14%, mainly due to the impact of candidates receiving counter-offers upon resignation. 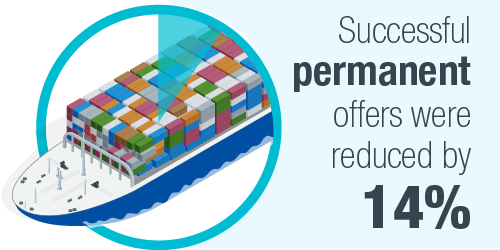 Interim management opportunities increased as companies looked towards interim managers to help them cope with the increased demand, and we saw the number of vacancies rise by 28% compared to the first half of the year. We began to see companies start to hire managers around June/July time for peak. Outside of planned interim hires (for expected demand increases) additional interim managers were taken to cope with the higher than expected demand, to cover resignations and also as a short-term solution to vacant permanent roles that were a challenge to recruit for quickly.

How do we mitigate some of these impacts?