How can SMEs, import and export trade practitioners survive a post-Brexit recession? 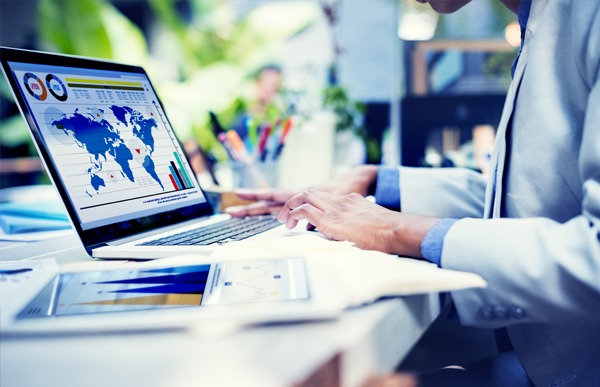 There has been wide speculation on the potential for a recession in the UK following Brexit. Whilst the landscape around the negotiations shifts on an almost daily basis, many commentators have already started to question what a recession would mean for UK businesses, both large and small.
Staff costs could present an additional challenge to UK businesses. HR departments may need to formulate downsizing strategies if costs and trade tariffs are not as favourable as hoped. However, any strategy will need to consider currently available resources such as part-time and permanent staff, contractors and outsourcing, hours worked, fixed and variable costs, shared services, phased or early retirement options. Being able to retain employees with the right skill sets will be a key factor in helping to navigate a smoother route throughout the process. However, if an improvement on current skill sets are needed and costs prevent a full-scale recruitment drive, then HR administrators could be at the forefront of managing the process of developing existing staff.
The UK’s growth is already lagging behind its major partners, which could well be a direct impact of the decision. Unfortunately, this lag could also easily continue post Brexit, but there are a number of other factors that may have a bigger influence. The global economy is currently experiencing a sustained period of growth which must run its course at some point, especially since a number of markets are in debt, including the US and many across Europe, with no imminent change in fiscal measures to reverse this.
At some point, Europe will need to reverse its quantitative easing measures, which will restrict the amount of money in circulation and that will have a knock-on effect on the economy. Finally, lower levels of true growth, the reform process slowing down, and a state-centred economy, means that the Chinese economy will have adverse ramifications throughout the developed world.
A continued squeeze on consumer spending still exists, wage and salary inflation have been lagging well below inflation in recent years, putting pressure on household incomes and therefore reducing overall consumer spending across the country. Although wage and salary inflation has improved recently and it is now slightly above inflation, it will take a long while for this to filter through into the economy. We are now seeing further pressures on the high street with poor performances and store closures reported by some retailers.

Trading with the rest of the world

All organisations, from SMEs to global corporates, will be eager to see the results of the ongoing Brexit trade talks. There is an opportunity for businesses to focus their trade on the rest of the world. However, not all are set up for this, but the simple fact remains that UK businesses do more trade with their EU counterparts than those that trade with the rest of the world. Trade tariffs may be introduced. In this case, the UK will be more affected as our trade with the EU is proportionately higher than, say, Germany, so SMEs must be dynamic and ready to adapt their strategy to any opportunities as a result of Brexit.
This would include looking at new supply routes or new exporting markets. SMEs could set up a committee in order to be prepared for the final outcome of the Brexit negotiations and the trade deals that are put in place with the EU and countries outside the EU to protect their workforce. However, the current view is that there are too many variables for SMEs to put anything definitive in place now. The one thing that could be done until there is more clarity on the various trade deals with the EU and other countries, is for SMEs to be prepared in advance to trade with certain countries strategically, e.g. to focus on trade with China rather the EU if the UK gets a better trade deal with China.

If the Brexit negotiations mean that the UK remains in the Customs Union, then extra tariffs on EU imports from the UK shouldn’t increase the sale price of goods and create an issue for UK importers and exporters. Imagine the UK being in a position to arrange its own trade deals post-Brexit, directly with the international community. Getting the tangle of red tape reduced would ease the restraints currently faced due to the restrictions brought about by the EU requirements and deals should be easier to conclude based on the fact that a specific deal can be made on a country-by-country basis, as opposed to involving 27 countries as is currently the case. It reads for a potentially bright future where businesses should be in a good position to see possible opportunities that may have been difficult to execute within Europe previously.
Cameron Leather
Associate Director
Michael Page Human Resources
T: +44 20 7269 2116